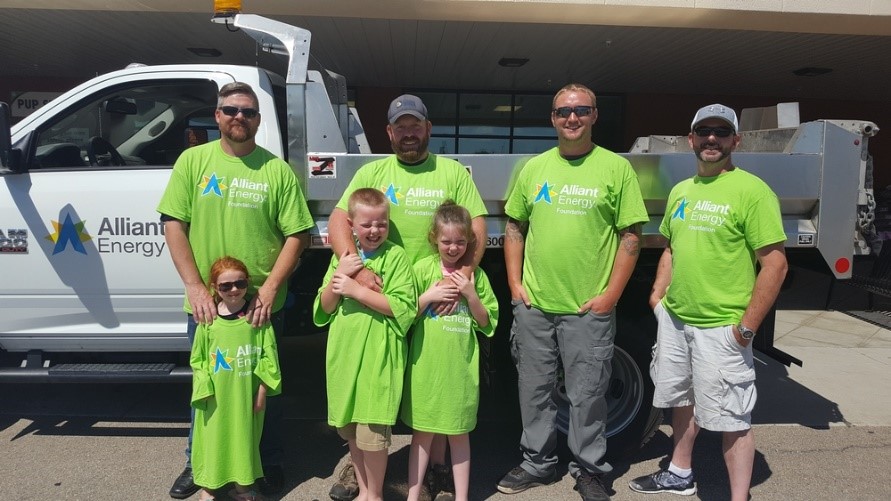 Tyler Bergstrom takes his work home with him, just like the generation before him.

“Everyone in my immediate family is a union member in good standing or a retiree,” he said. “Employment with Alliant Energy gave me the opportunity to become involved with the International Brotherhood of Electrical Workers as a union member. Both Alliant Energy and the IBEW Local 965 have given me so much support and many great opportunities over the years to give back to the community.”

Since August 2014, Bergstrom has worked with Alliant Energy as a surveyor, and outside of that work gets involved in community service through the union.

“My favorite events are usually related to things environmental,” he said, “like the Adopt-A-Highway event near the Columbia Generation Station, which is hosted by the IBEW 965 RENEW Committee—a committee created to reach out and engage next-generation electrical workers.”

Bergstrom is finishing a term as vice president of Local 965 and chair of the RENEW Committee, through which he and others help young members develop the skills they need to become active in the union. A focus for the committee is encouraging community service.

He is as driven by getting to work alongside other volunteers.

“They’re usually very excited, amped up, and in good spirits,” he said.

“I am pretty competitive,” Bergstrom said,” and the Alliant Energy Foundation has done events where we were able to create teams and compete for bragging rights.” Although he didn’t get bragging rights in a recent food drive competition, he and the teams who triumphed collected a substantial amount of donations to local food pantries, and that is “what matters most.”

How do you use your energy? Fill out this simple form to tell us more about how you or someone you know makes your community better. We may feature your story and work in the future.

Both Alliant Energy and the IBEW Local 965 have given me so much support and many great opportunities over the years to give back to the community.
Tyler Bergstrom

Curtis Vacha creates light as an employee of Alliant Energy and as a volunteer.

Back to school, back to saving

Some back-to-school savings are available in your own home.

That's a wrap! Stay safe during end of summer projects

As you work on that last home improvement or repair, make sure to follow some simple steps to stay safe while you work.

Read More
Have a question or need help? Visit our Help Center.