In recognition of his leadership and accomplishments, in 2018, John was named President of Alliant Energy Corporation. As President, John had critical responsibilities – including leading technology and strategic planning functions – to help the company respond more rapidly to opportunities and deliver greater value to customers.

In January 2019, John was named President and Chief Operating Officer of Alliant Energy Corporation. In this role, John led the development of the company’s strategy to understand customers’ unmet needs more clearly. This work led to the development of new products, services and markets designed to bring long-term value to the communities served by the corporation.

As CEO, John delivered strong financial and operational performance through the unparalleled events of 2020 including the COVID-19 pandemic and a derecho windstorm, one of the worst storms in the company’s history. Under John’s leadership as CEO, the company also completed and integrated two acquisitions into the non-regulated businesses of the corporation. John’s leadership also influenced the development of the company’s Purpose – to serve customers and build stronger communities.

John firmly believes that how the company delivers on its purpose reflects their broader responsibility – to deliver safe, reliable, and cleaner energy as well as care for the communities they proudly serve. Alliant Energy plans to eliminate all coal from its generation mix by 2040 and has set an aspirational goal to achieve net-zero emissions from the electricity the company generates by 2050. This transition will ensure customers have access to a more resilient energy grid and a diverse, sustainable energy mix. John is a strong advocate of fostering community vitality through diversity and economic development. John is an active member of the Business Roundtable, serving on the energy and environment subcommittee. He is a signatory of the PwC CEO Action for Diversity and Inclusion pledge. He serves as a Board Member of the Greater Madison Chamber of Commerce and an Emeritus Member of Junior Achievement of Wisconsin.
John also serves on the Board of Directors for The American Transmission Company, CUNA Mutual Group, the Edison Electric Institute and the Electric Power Research Institute.

John received a bachelor’s degree in Electrical Engineering from the University of North Dakota. 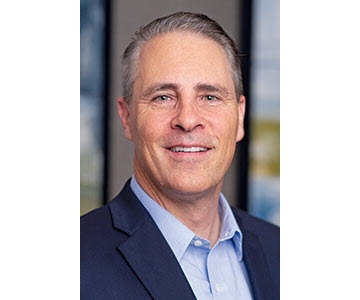