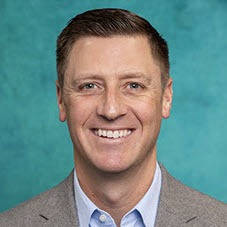 Coleman Peiffer
Senior Business Attraction Manager
Warehouse space nationwide is getting harder to find. The U.S. industrial market vacancy dropped to a 27-year low of 4.2% in the first quarter of 2022 according to Savills, a leading real estate services company.

Lack of inventory has resulted in increased rents. Asking rents for industrial real estate nationwide rose year-over-year by almost 9% in the first three months of 2022, continuing the trend of rising costs in response to limited availability.

This rise in demand has led developers to move forward with approximately 750 million square feet under construction nationwide.

Over the past few years, Alliant Energy and our community partners have experienced limitations responding to expansions requiring existing building space. Tertiary markets such as Fond du Lac, Sheboygan and Platteville have below 1% vacancy. These markets are less known to developers, many of whom are hesitant to develop in areas with little history of successful speculative builds.

To encourage developers, we instigated a unique industrial building partnership program. This program offsets potential holding costs for up to 30 months should a developer not find a tenant upon substantial completion.

This has generated new interest in these markets. Two potential 200,000-square-foot speculative buildings are now under consideration in Fond du Lac and Beaver Dam.

Wind generation is a great way for us to deliver clean and reliable energy to the communities we serve. Read on as we bust some myths and learn how wind energy contributes to a brighter future.

Won’t you bee my neighbor?

Though they may seem small, the pollinators buzzing around your lawn and garden play a huge role in the survival of our world.

Read More
Have a question or need help? Visit our Help Center.