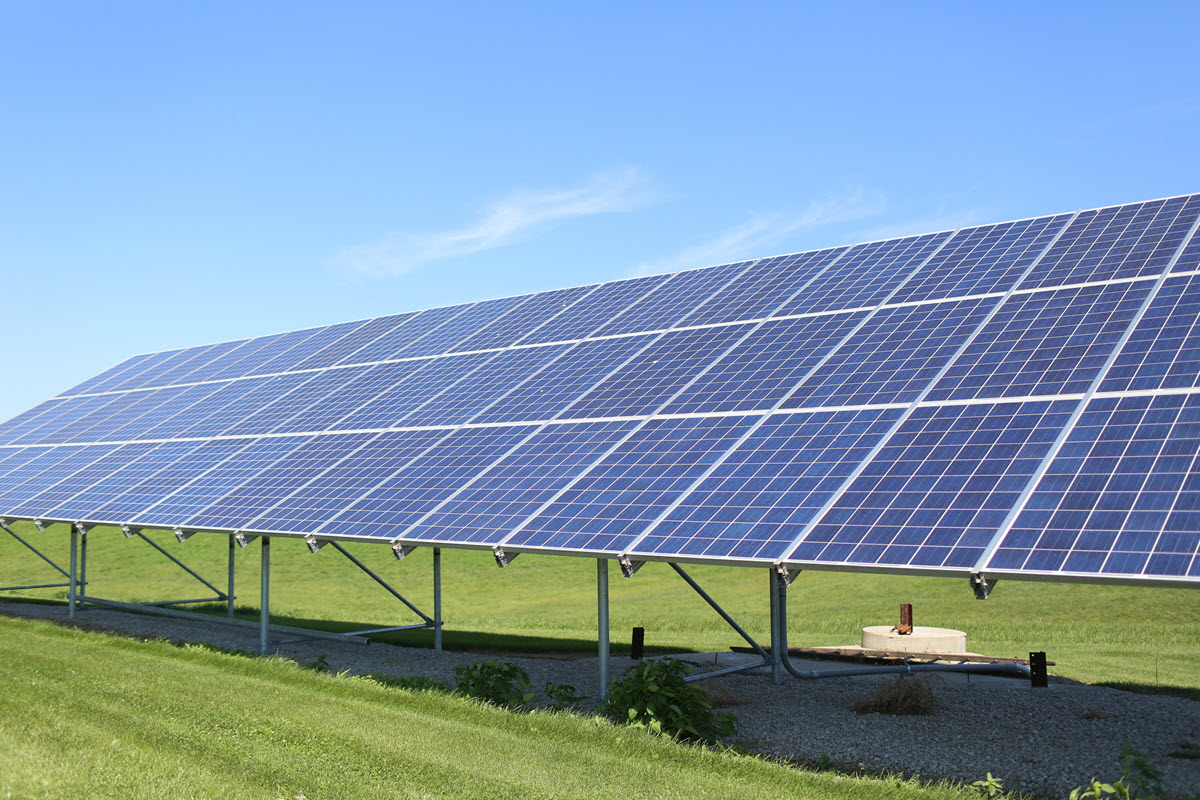 Dana Staats
Content Strategist
When it comes to solar energy, there is a LOT of information out there—but not all of it is accurate. We don’t want you to be left in the dark, so we’re kicking off a series aimed at dispelling some of the myths behind solar power. Step into the light and get the facts about EMF radiation and sound related to solar panels.

Electric and magnetic fields (EMFs) are invisible areas of energy, often referred to as radiation. They’re usually associated with the use of electrical power and lighting. EMFs come in two forms: non-ionizing and ionizing. Non-ionizing EMFs are low-level forms of radiation generally perceived as harmless to humans. According to the CDC, effects from non-ionizing radiation are not common. In fact, people come in contact with non-ionizing EMFs through radio and TV waves, cell phones, and microwaves every day without negative health impact.

Similarly, solar panels generate low levels of non-ionizing radiation, but even then, it’s unlikely to reach the general public . People outside of the fenced perimeter of a solar facility are not exposed to a significant amount of EMFs. Therefore, communities around solar farms are not at risk for adverse health issues from EMFs.

What about pacemakers and defibrillators?

Those who rely on medical devices such as pacemakers and defibrillators may still have questions about a solar project’s potential effect on their device. However, research shows there is no reason for concern—EMF levels outside a solar facility’s fence is less than 1/1000 of the level at which manufacturers test these medical devices for EMF interference.

Solar projects have gotten an undeserved bad rap for being noisy. In reality, solar farms make very quiet neighbors, especially at night. There are only a few parts of a solar project that generate any audible sound. Tracking solar panels that follow the position of the sun throughout the day do create some sound when they’re moving, but this sound is subtle and not continuous. Inverters and transformers that move electric power to the grid also make sound. However, in typical utility-scale solar farm designs, this equipment is located central to the solar panels that feed them energy. This puts them as far away from the farm’s security fence as possible and reduces the sound that reaches beyond the project’s perimeter. The moving components of a solar farm also operate only during daylight hours when the sun is shining and power is produced. When the sun goes down, there is no audible noise from the solar equipment.

As advocates of a clean energy future, we’re always happy to clear away the clouds of confusion around solar energy. Ready for more information? Check out how we’re using solar energy to make life a little brighter for the communities we serve.
Dana is a Content Strategist specializing in renewable energy. With over a decade of experience crafting thought-leading informational content, she’s passionate about spreading the message of Alliant Energy’s Clean Energy Blueprint and sustainability efforts.

Matt Tegt believes that pitching in is part of the Alliant Energy ethos. Tegt lives in Janesville, WI, where he has been a gas technician since 2015.

Between July and November, Endres uses his energy to harvest, prepare and separate around 200 different species of seeds from prairies in south central Wisconsin.

Read More
Have a question or need help? Visit our Help Center. >>