Terry’s 40 years of experience at the company provided a strong and varied background that prepared him to lead all utility operations in Iowa. Since 2014, Terry has overseen the Energy Delivery, Generation, Customer Service, and Community and Economic Development teams.

In his role as President of the Iowa energy company, Terry works with 1,805 Iowa-based employees to serve the company’s customers and build stronger communities. He understands the need to listen to customers and regularly hears directly from them at community events, commercial site tours and as part of the regulatory process.

Terry previously held the positions of Vice President of Operations and Vice President of Generation. He also served in director roles overseeing Generation, Sourcing and Supply Chain, Customer Service Operations and Electrical Engineering. His work in Customer Service shaped his views on the importance of meeting customer needs, as well as the Alliant Energy employees who serve them every day.

Throughout his career, Terry has seen firsthand the importance of economic development and creating a workforce for the future. He has worked to advance these initiatives through longstanding memberships on the boards of the Iowa Utilities Association, the Greater Dubuque Development Corp. and the University of Iowa College of Engineering Advisory Board. Terry is a member of the Business Leader Equity Cohort group in Dubuque. He is also a member of the Iowa Business Council, which brings together the 25 largest companies in the state. Recently, he was also appointed to the Iowa Energy Center Board.

Terry holds a Bachelor of Science degree from North Dakota State University in Electrical and Electronics Engineering. He has continued to hone his industry knowledge and leadership skills through programs at the University of Wisconsin-Madison and the Northwestern Kellogg School of Management. 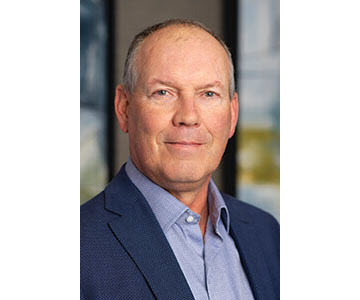