Linda Mattes is the Vice President of Customer Operations at Alliant Energy Corporation (NASDAQ: LNT). She joined the company in 1982 as a Nuclear Fuels Analyst.

Throughout her nearly 40-year career with Alliant Energy, Linda has held numerous positions, each with increasing levels of leadership and responsibility. She has worked in many parts of the company, including pricing and contracts, customer care, energy efficiency and renewals, and new generation planning and construction. As the Vice President of Energy Delivery Operations, Linda initiated implementation of moving the company’s distribution system (power lines) underground, establishing 25kV as the company’s standard operating voltage.

In 2017, Linda was promoted to her role as Vice President of Customer Operations, overseeing the meter-to-cash process including metering, customer contact center, billing and collections. Linda was interim CIO for 18 months, ending in October 2020. In 2020, she took on oversight of supply chain management and the Affordability Innovation Center.

Outside of work, Linda is passionate about ensuring children are poised for opportunities and success in adulthood. She is the Board Chair at the East Central Iowa United Way and recently completed a term as the Chair at the Eastern Iowa Child Protection Center.

Linda also takes great pride in supporting and growing the communities where Alliant Energy employees and customers live and work. She demonstrates this commitment through her participation on the Downtown Cedar Rapids Self-Supported Municipal Improvement District Board of Directors and Coe College Board of Advisors. In addition to volunteering, Linda is an avid golfer and enjoys spending time with family.

Linda holds distinction as one of the first women to become a trained and certified Senior Nuclear Reactor Operator at the Duane Arnold Energy Center. She earned a bachelor’s degree in Business Administration from Coe College in Cedar Rapids, Iowa, and an MBA from Ashford University. 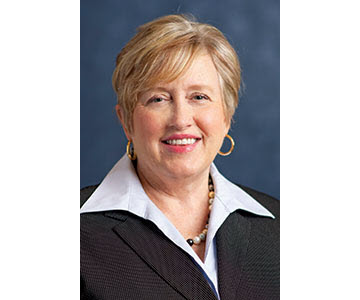